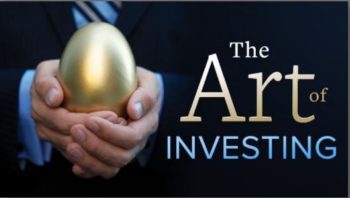 The Art of Investing: Lessons from History’s Greatest Traders [Download]

What Will You Learn?

In this exciting and informative course, you’ll meet more than 30 remarkable financiers that have had exceptional success following often unorthodox paths, and who took dramatic monetary risks. In 24 half-hour lectures, The Art of Investing: Lessons from History’s Greatest Investors answers the intriguing and universal question of: How did they do it? As you uncover that answer, you ‘ll meet some of the greatest traders who ever lived, discover how they built their wealth, and take away a toolbox of tips, tricks, and lessons from these success stories.

Aside from being fascinating entrepreneurs, these great investors provide a window into the workings of financial markets, which are a key element of global economic growth. And their histories are not just about amassing wealth, since many of them have inspiring personal success stories as well. For example, preeminent trader Linda Bradford Raschke graduated from college in 1980 with a double major in economics and music composition. As a woman trying to enter a male-dominated industry, and a music major to boot, she was turned down by every brokerage firm where she applied. But she persisted and eventually founded a spectacularly successful hedge fund. In an interesting twist, she credits her musical training with nurturing her unusual ability to see patterns in markets.

Your guide through these fascinating stories is award-winning Professor John M. Longo of Rutgers University Business School, ranked by the Wall Street Journal as one of the nation’s top business programs. In addition to his teaching duties, Professor Longo is chief investment officer and portfolio manager for Beacon Trust, with $2.5 billion under management.

Whether you are an armchair investor, a business professional, or someone who enjoys entertaining, eye-opening insights about the mindset of financial giants, you will find the profiles in The Art of Investing enlightening and also thrilling. After all, it’s no accident that Hollywood has hit it big with movies about the financial industry, such as The Big Short and Wall Street. The challenge and intense competition of investing make gripping plots!

Learn from the Giants

Mutual-fund superstar Peter Lynch famously said: “Invest in what you know,” meaning that you probably know more about your own occupation, location, and enthusiasms than most Wall Street professionals. But Lynch, who was the most successful mutual fund manager in the world in the 1980s, believed that you should do more than play hunches in familiar businesses; you should dig deeply into a company before risking your capital.

In tracing Lynch’s outstanding results with Fidelity’s Magellan fund in Lecture 10, you learn how his approach was to follow up a favorable first impression with rigorous fundamental analysis—looking at a firm’s financial statements, talking to management, and interviewing competitors. You will find his example inspiring, and it may even lead you to try your hand at assembling your own portfolio of stocks. But many people are too busy to take this approach and will benefit tremendously from knowing how active mutual-fund managers such as Lynch do their jobs. Mutual funds vary widely in style, asset allocation, risk, fees, and other criteria, and The Art of Investing helps you understand the many choices that are available, as well as the most common terms, such as load, expense ratio, and basis points.

And that’s just for mutual funds! In this course, you learn about a world of other investment opportunities through the careers of traders who have made them pay handsomely:

You Heard It on the Street

Wall Street can be an oracle of pithy advice, and every investor featured in this course has a handful of maxims that he or she lives by. Along with anonymous industry sayings such as, “No tree grows to the sky” (meaning a bull market can ‘t last forever), you hear words of wisdom such as these:

Advice Everyone Can Use

In addition to covering the tactics, successes, and setbacks of industry giants, The Art of Investing also highlights the most common mistakes that the average investor makes. These red flags are the underlying message of Lecture 9, which focuses on the career of David Dreman. A guru of the “contrarian” style of investing, Dreman prospered by swimming against the powerful current of conventional wisdom. He learned his lesson early, losing 75 percent of his net worth during the growth-stocks bubble of the late 1960s and early ‘70s. Since then, he has steered clear of the pitfalls illustrated by the old Wall Street adage, “It’s warm in the herd”—meaning it’s comfortable, but potentially ruinous, to stick with the crowd. You might ask yourself if you are prey to any of the following biases that are on Dreman’s warning list:

David Dreman’s warning list is not the only practical advise you ‘ll glean from the experts. At the beginning of the course, Professor Longo describes the course as a boot-camp on investing, and just like any bootcamp, you get a multitude of lessons. After reviewing the teachings from each individual investor, Professor Longo pulls together their advice and distills their experiences to help guide you in your own investment choices. He provides you with a detailed investment checklist as a graduation exercise, helping you zero in on a strategy that works for you. His final words sum up his ultimate message: “Your investment philosophy and approach should match your personality, skills, risk tolerance, and resources.” As you survey the literal wealth of examples in The Art of Investing, you’ll have a very good idea of where to go next.