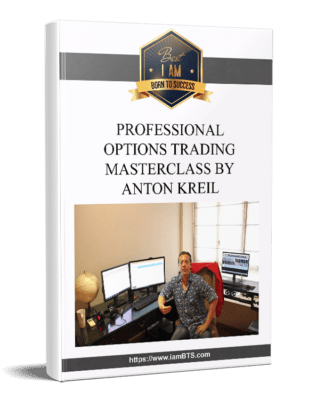 Anton is the Managing Partner of the Institute of Trading and Portfolio Management, an independent global community of 425 Traders across 22 countries.

Anton has had a distinguished career as a Professional Trader in the Financial Markets.

He opened his first trading account when he was sixteen and traded profitably through the tech boom in the late nineteen nineties.

He was the first person out of four hundred students in his Economics undergraduate degree at the University of Manchester to receive a formal job offer from an Investment Bank trading desk.

During his career as a Professional Trader Anton performed a dual function as a Proprietary Trader and a Market Maker running two separate books on Pan European Trading Desks out of London.

This success was mainly down to the size of the proprietary trading books he ran during his time there and his ability to profit from big situations like major Macroeconomic surprises and Earnings surprises.

He literally became known around the market as one of the “big situation traders” at Goldman Sachs. Lehman Brothers then Headhunted Anton in 2004 and then JP Morgan headhunted him in 2006.

At both these firms Anton ran the global Pharmaceuticals, Biotech and Chemicals franchises and achieved number one market share and profitability status globally at both firms.

Anton retired from the Investment Banking industry in May 2007, just before the peak of the market and the impending collapse caused by the Global Financial Crisis.

In June 2008 Anton was chosen by the BBC to appear in the British TV series Million Dollar Traders which was aired in 2009.

The show went global shooting Anton from relative obscurity into the limelight.

Anton has always been known in the industry for his obsession with Financial Markets, his insane work ethic and for his ability to teach up and coming new talent in the Industry.

Raj graduated with a Bachelor of Science in Economics (BSE) from the Wharton School of Business at the University of Pennsylvania.

After graduating, he started his career at BNP Securities in Philadelphia working for the BNP Cooper Neff Hedge Fund.

After two years, Raj was asked by the firm to move to New York to trade the S&P 500 Index Options book. S&P 500 options at the time were the most heavily-traded options in the world.

In 2002, he was hired away by Bank of America Securities, embarking on what was to become a successful fast track seven year stint at the firm.

In addition to trading index options, Raj was promoted to Head of Institutional Options Trading. Trading with and covering the world’s largest and most successful Hedge Funds. He was also promoted to Managing Director before the age of 30.